Türk Reasürans has pursued its vision of becoming a "global brand" since its establishment. 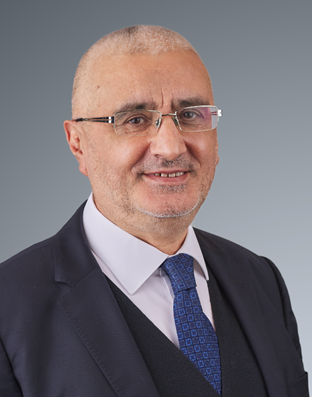 Türk Reasürans was established in 2019 pursuant to Supplementary Article 4 of the Insurance Law. The entirety of its capital has been provided by the Ministry of Treasury and Finance. The purpose of establishment has been defined as increasing the domestic reinsurance capacity and providing insurance or reinsurance coverage for risks that either cannot be covered or for which there exists difficulty in providing coverage.

The insurance business, which is grounded in the principle of sharing risk among several market players, has always been an international business due to its nature. In this respect, the realization of the objectives enumerated in the Law is only made possible through a globally recognized reinsurance company that features a robust financial structure. For this reason, Türk Reasürans has pursued its vision of becoming a "global brand" since its establishment.

Even before celebrating its second anniversary, it significantly contributed to increasing the domestic reinsurance capacity, which was the primary objective of its establishment, through the share it received from the reinsurance market of Türkiye and the multiple insurance companies it served. This contribution will continue to grow in the coming years.

The issue of risks for which there is no coverage or for which coverage is difficult to find also holds great importance for the real sector of Türkiye. Insurance support is vital for the real sector to continue its production activities in a consistent manner. Thus, Türk Reasürans was assigned as the Operating Company of the Special Risks Management Center, which was established in 2021.

By undertaking this responsibility, Türk Reasürans will carry out activities oriented towards “risks for which there is no coverage or for which coverage is difficult to find”, which is among the founding objectives of Türk Reasürans. Under the same roof, Türk Reasürans will be in charge of the technical operation of activities relating to "Compulsory Financial Liability Insurance Regarding Medical Malpractice", " Compulsory Personal Accident Insurance for Mine Workers", and "State Supported Commercial Receivables Insurance for SMEs".

In line with its vision of becoming a global company, Türk Reasürans is currently in a position to accept international risks.

It is evident that each of these duties assigned to Türk Reasürans by the public is of great importance for the insurance sector, the real sector, and the citizens of our country. Türk Reasürans duly fulfills these duties with its competent staff, while taking firm steps towards its goal of becoming a global player.

Chairman Of The Board